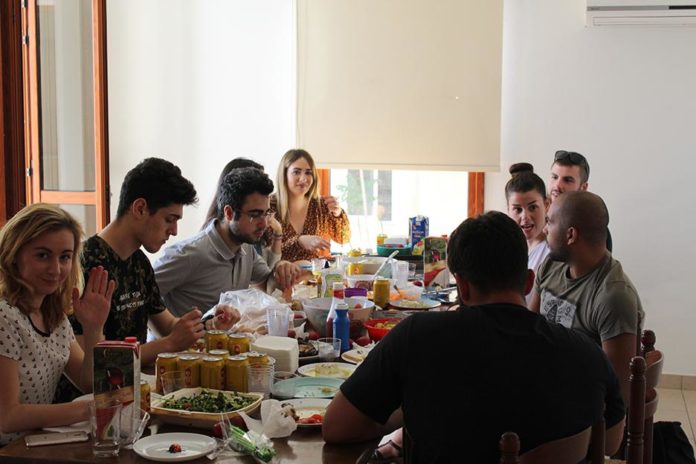 An Italian Easter in Cyprus

This Erasmus experience gave me a big surprise despite the fact of the quarantine: in fact, since I find myself in a country of Orthodox religion and culture, I had the pleasure of celebrating a “double Easter”. The Catholic one held on April 12th, and the Orthodox one the following Sunday (April 19th).

The celebrations, certainly, have been more subdued and intimate, done so under the infringing rules laid down by the authorities. And also for healthy common sense, not to be out of place in circumstances like these.

In the first round, which we could call “Italian Easter”, my Neapolitan friend Stefano and I prepared lunch for our closest friends who live in the dormitory with us. We welcomed our guests into the open-plan living room of my house, presenting a long and well-laid table full of delightful food cooked by our own chef.

Two courses were are part of the menu, i.e. a tray of roasted lamb lying on a bed of potatoes, peas, onions, carrots, and all flavored with wine. The sauce for the condiment was later used in making Neapolitan-style pasta and potatoes, by adding bacon, mozzarella, and parmesan flakes.

During lunch, I found myself occasionally being reminded of some components from the usual Easter at home, that I am happy to be missing out on, like when the relatives you never see show up and start asking you things from your private life, like: “But don’t you have a girlfriend yet? How’s university going? Have you got any idea about your future? “. This year, for better or for worse, I did not have the honor of such interrogations.

Two precious pearls I carry in my heart: When I watched my friend Aggelos discover his talent for photography and took pictures filling up a total of about 6 GB of memory, (the photos you see in the article are his) and he has thus immortalized this day; and when my amazingly gracious friend Stefano, in front of everyone, said he had cooked and prepared everything just because I proposed it to him. Free and unexpected kindness.

My Orthodox Easter in Cyprus

For my Greek friends, the preparations for the second-most awaited event of the quarantine began in the works a week earlier, and all at once commenced that weekend. Some of us managed to go and purchase the lamb the day before, and we cooked everything in half a day. The rest us instead, spent the night of Saturday and the following morning seasoning and preparing the meat and other food, and then moved on to setting up the dining room.

Imagine, the table set lit by sunlight, the rays that caressed the still-steaming oven holding our dishes of lamb with potatoes, and of chicken souvlaki and pork.

The lunch commenced by shouting in unison, “Christ is risen! He is truly risen! “. The traditional red colored boiled eggs that symbolize the Passion (the red) and the Resurrection of Christ (the eggs, as a symbol of the life that opens). We all competed to break each other’s shell and then we ate them with a special bread that –  analogous to the Catholic tradition – was blessed.

Typical dishes of Easter lunch also include the spanakopita (spinach cake), the halloumi (a local cheese) melted in the oven, and tzatziki sauce of yogurt and cucumbers. To “clean our pallet”, we included abundant salads and finished the meal with a “semifreddo” dessert alla mode.

The Greek music that I haven’t heard so much since the clubs were closed harmonized our conversations, while Aggelos, undertaking my official appointment for him, captured beautiful shots of all of us by transforming every occasion with his photographic flair.

Perhaps we were too weighed down by food and drink because amongst the various topics, we started talking about Trajan and the Dacians who, according to my friend Vlad, are the true historical ancestors of the Romanian people, after the liberation of Roman triumph in that region of Dacia. It is such a memorable undertaking to still have the possibility to observe this history in the illustrations of the spiral marbles of Trajan’s column in Rome. Additionally, my friend Zaklina from Latvia showed us the nostalgic videos and photos of their important national musical event, where thousands of people dance and sing together in a surreal and suspended atmosphere.

Our pleasant conversations continued for a long time until we had to surrender to the sleepiness and digestion in progress. So after helping my friend and landlady to clean, picking up the kitchen tools I dirtied, I collapsed on the sofa for an “Easter nap”. No tradition officially attests to it, but it is a common practice among all people who enjoy eating good food and the company of their friends and relatives. And don’t’ worry, we honored our quarantine restrictions just fine.

“Mom, how do you make the Easter cake?” A recipe in the time of WhatsApp.

The premise for non-Perugians: Easter cake is a cake of cheese (different from cheesecake!), generally high and imperfectly cylindrical, which is usually made, but not only, during the Easter period. It can be eaten alone, sliced, or with cold cuts such as ham, salami, capocollo, and other Umbrian delicacies.

The most beautiful and gluttonous parts are the pieces of melted cheese embedded in the dough like the precious stones of a crown.

I usually eat the rest and leave the cheese last to taste it better, because I like the taste too much.

In Italy for breakfast, we typically don’t eat salty foods, but according to the tradition for Easter breakfast, we eat this special cake and other salty foods, as well as typical sweets such as ciaramicola or chocolate eggs. The foods for this special breakfast are blessed, if possible, on Holy Saturday, therefore they are not thrown away, but are consumed over the holidays.

This year, among the many things that I missed about Easter in Italy, one of these was the Easter cake. 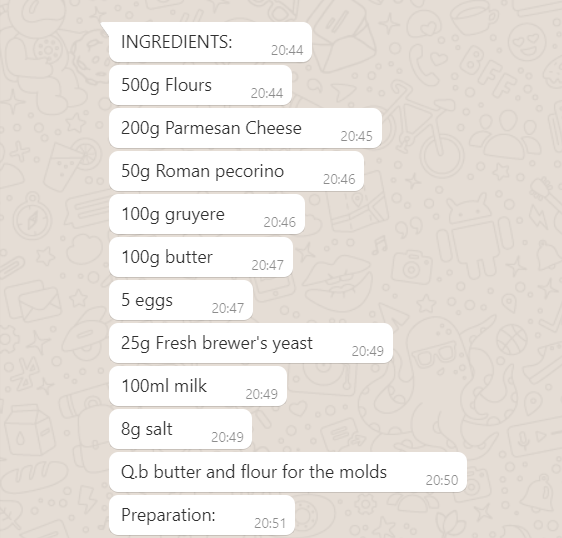 Q.b butter and flour for the molds 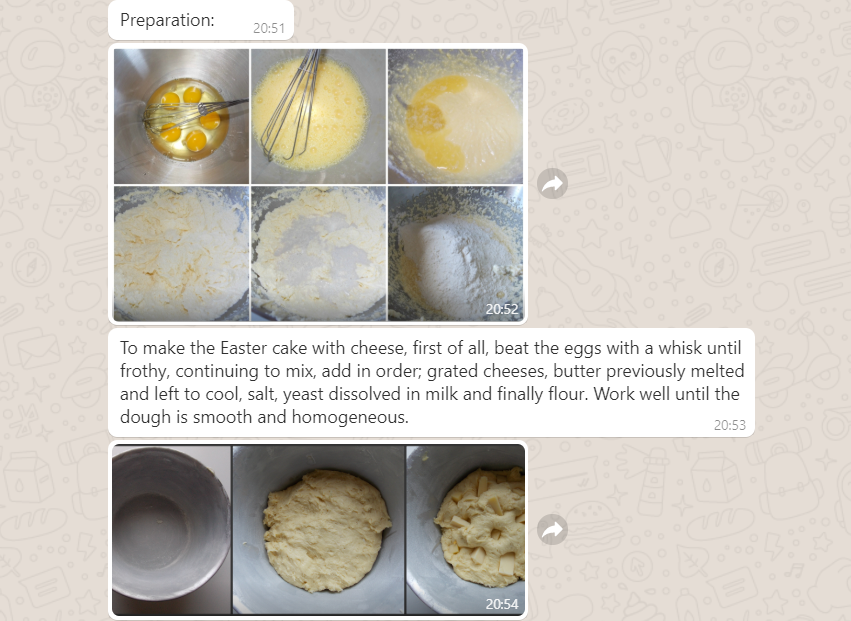 To make the Easter cake with cheese, firstly, you have to beat the eggs with a whisk until frothy. Continuing to mix, add as ordered; the grated cheeses, the butter (previously melted and left to cool), salt, yeast dissolved in milk, and lastly the flour. Work well until the dough is smooth and homogeneous. 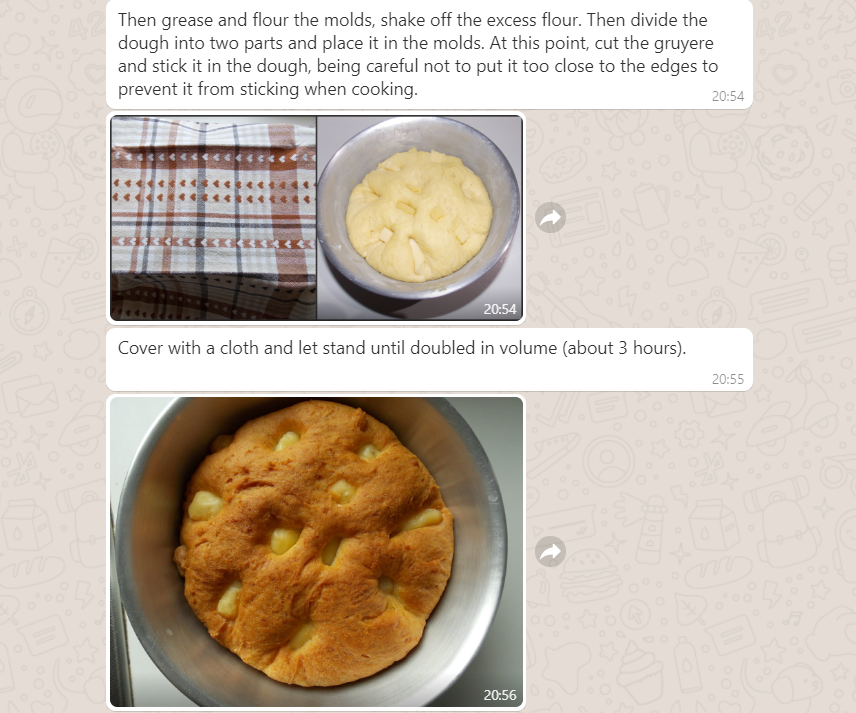 Then grease and flour the molds, shake off the excess flour. Then divide the dough into two parts and place it in the molds. At this point, cut the gruyere cheese into bits and stick them in the dough, being careful not to put them too close to the edges to prevent sticking while cooking.

Cover mix with a cloth and let stand until doubled in volume (about 3 hours).

Bake in a hot oven at 200°F and after about 15 minutes cover with aluminum foil. Continue cooking in this way for another 30 minutes. Remove from the oven and let cool. The cheesy Easter cake is ready to be eaten. If you want to use mother yeast, for these doses, you can use about 150 grams already refreshed instead of beer yeast. The only thing that would change would be the rising hours. In fact, once the dough is obtained, you must put it to mature in the fridge for at least 12 hours, then remove it from the fridge and store it at room temperature for about two hours. After that, deflate the dough and form a ball and transfer it to the buttered and floured molds (or in a single one), insert the Gruyere cheese and let rise until doubled, then bake and continue cooking as I wrote above.

Tips: This dose is suitable for a 24 cm mold or for 2, 18 cm molds. I opted for 2 children, being my family of 4. The cheesy cake can be frozen for periods of less than two months. You can also enrich the dough with small pieces of salami such as salami, ham or mortadella. 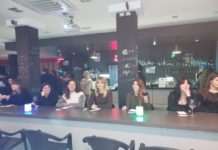 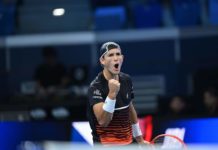 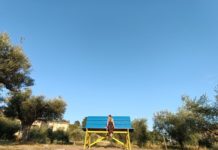 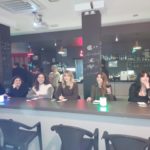 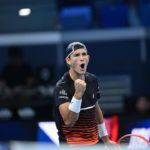 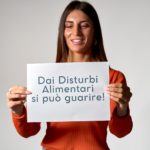 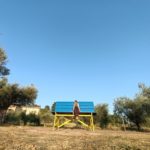 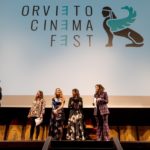