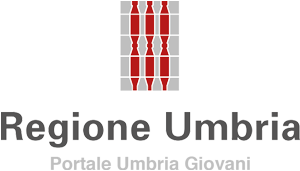 Carnival here in Limassol was really crazy, believe me! I’ve never seen something similar in my city.

The parade was endless, and what about Saripolou Square? It was fuller than a tin of sardines in oil. A lot of fish-men dancing and shouting. The whole city has been transformed into the supporters of a stadium except that these ones had smoke bombs and whistles.

I really appreciated that Carnival here is not just for kids or families, but also students and young people look for costumes – buying or creating them handmade – and every excuse is good to spree. I already know the lyrics of some greek songs almost by heart and I must confess that sometimes with English songs I just follow the melody by singing nonsense tunes.

I’m enthusiastic also because this is not a normal carnival for me: It’s my unforgettable Erasmus carnival. It’s a new “first time” coronated by a gallant rendezvous on the sea at night. Peace found in the washing of the waves and relaxation for my poor ears.

Our Greek teacher asked us if we had met the carnival kings, title obtained by those who contributed in a very active generous way to the celebrations even for twenty consecutive years. In my region, in Umbria, something similar happens for the Festa dei Ceri in Gubbio, whose organization engages citizens from generation to generation. We will talk about it soon, I promise you.

I noticed very well, also thanks to my classical studies, the Dionysian, goliardic and satirical side that runs through all the carnival traditions. The Power has tried to suppress it here in Cyprus as well, but evidently it hasn’t been very successful because it’s in your blood.

Now I would like to introduce you to the ancient kings of the Perugia masks: Il Bartoccio and his wife Rosa, whom we will affectionately call Bart and Rose from now on.

These masks are one of the first forms of modern satire and social protest.

Bart was the mirror of Perugia’s society until the first half of the 1900s, overcoming his Roman colleague Pasquino in longevity.

The character was born in the seventeenth century and takes its name from Bartolomeo and acquires his features from the figure of the settler, who emerges in the society of central Italy when in the 16th century the valley of the Tiber river was reclaimed and became a productive area. The settler is not a penniless peasant, but rather a wealthy and witty sharecropper. Bart is the caricature of these false-noble men at the head of a small agricultural community. He presented himself dressed in a purple-red vest under a green jacket, velvet trousers (black or brown) and elegant shoes. His wife Rosa is represented as a beautiful peasant woman always covered by a large quantity of “brillocchi”, or jewels.

While his peasants work, he strolls arrogantly through the streets of the city center arm in arm with his lady.

In these walks, the story of his life is the excuse for his satire made of anecdotes, veiled or explicit references to facts, people or jokes: the mirror of his mediocrity and the defects of the world around him.

I dare say that this aspect is quite current, because it is the social consequence of a territory that for centuries has had few communication routes, closed between the Apennines and the city walls. First proud of their independence as a city-state, then relegated to a certain provincialism under ecclesiastical hegemony (in fact not even the Pope or members of the clergy were spared).

Every awkwardness was paid with the “bartocciate”: messages, first oral and then put in writing, which were declaimed at the door of the people to be hit or thrown from the allegorical floats during the carnival. All of this was made very easy by anonymity. A sort of ante-litteram cyberbullying or a form of protest against the powerful that will be taken up by the Carbonari unions.

To be condemned by satire were especially two types of people who crowded the consortium, the cliques of the city: the “mascre” and the “trevagline”. The latter were the speculators who, in league with the political class, were playing upward with the price of basic necessities, therefore responsible for life and shortages. Instead, the masks were the turncoats clinging to power, those who were ready to change masters to benefit economically and make rapid political climbs.

Given his success and longevity, many were dissatisfied to hide behind the figure of the goliardic settler. Doctors, jurists, aristocrats or simple sympathizers composed an innumerable quantity of “bartocciate”, the majority of which did not reach us because expressed in oral form. The mask had, therefore, many souls, those of the author of the moment who, although following a well-established canvas, inevitably expressed their way of thinking.

But Bart has not been definitively placed in the attic because in recent years this tradition has been rediscovered thanks to demonstrations and revivals.

The satire of our days is mainly composed of memes, tweets and comments. Funny and ironic pages are the new Bart and Rose. The stand up comedy is a frontier still to be explored, obviously from your Netflix account, if you wish. But perhaps none of this would have happened without the centuries-old collective movement that gave, and therefore found a voice to our Bart and Roses and their “bartocciate”.

I am sure I have bored you, and you could also be hungry. Next time I will introduce you to some recipes of typical carnival desserts, desserts that perhaps are not completely unknown to you. But I don’t give you any more clue. Rather, let me go to bed for I have a lot of hours of sleep to catch up on. Kisses 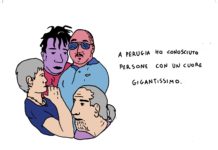 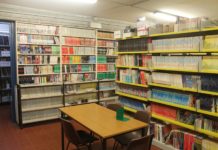 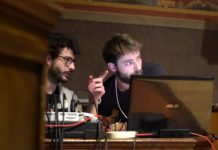 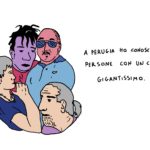 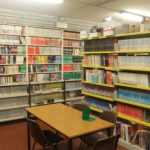 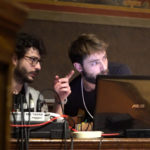 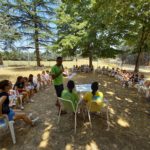 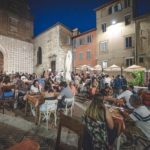